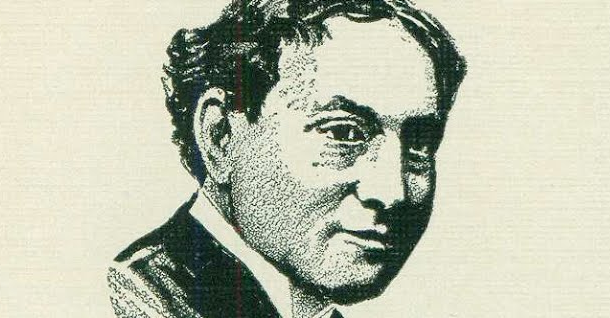 T. Nelson Downs on Cards Across

This is a nice finesse on Cards Across that I really, really should have been doing for a long time, but for whatever reason never got around to it. I don’t really have a good excuse, so here’s the bad one — I basically got in the habit of using the bottom-deal turnover as a force, and I just kind of liked it. However, if I wasn’t such a hypocrite I’d have dropped it in two seconds.

If you don’t already know, here’s a bog-standard approach to the trick. Specky takes some cards, counts them, they’re gathered up and isolated, a card is selected, the magician uses that number to determine how many cards will jump across, magic is magished, and when the spectator counts their cards, it’s found that several have indeed jumped across.

One thing that seemed to be all the rage back in the day was to use two packets and have cards jump from one to the other. Royal Road came out in the 40s and basically taught a simplified version of the trick, which eliminated the idea of working with two packets, so that cards just jump from the magician’s deck to the spectator’s hand. Now, Hugard and Braue said that “this trick” was a favorite of Devant’s, but it’s hard to know if they meant the plot in general or the handling taught in Royal Road. That might be out there somewhere, but I’m too lazy to find it, and really, the point is to move on to what Downs wrote up.

You’ll have to go here and read it. It’s a bit lengthier than you’d expect, but the idea should come through loud and clear — you find a way to verbally force the number of cards to go across, rather than have a card selected. There’s also the well-known bit of business in there about having something go “invisibly” or “visibly”, although I had no idea it was that old.

Benefits? Well, in the Royal Road version of the trick, you have a card selected, then you do the dirty work, then you show the selected card, and then you make those cards fly across to the spectator’s packet. I’ve long thought that this was routined incorrectly. After all, if there was some way that you could have known what card was selected, then the moment that you contact the cards after they’ve been counted is technically an opportunity to smuggle that number of cards over — nevermind the fact that once a card is selected by somebody, that’s when the heat starts on the trick in general. Moving the force after the dirty business, though, adds an extra layer. Assuming they rewind it correctly, then they’ll notice that once the random card was selected saying the number of cards to go across, the magician never comes near the deck. This has always just felt self-evidently correct to me.

The downside, though, is that there’s an extra long gap between when the cards are counted and when the effect happens. It didn’t bother me so much that I wanted to do something about it, but if it did, well, Downs has the answer in his own routining. Suddenly, there’s no card selected (essentially removing the one artifact from the routine that likens it to standard pick-a-card tricks) and there’s less of a gap between when the cards are first counted and when they’re finally counted. Plus, it’s a verbal force. Anytime you can get one of those, it’s awesome.

Of course, the issue is that you’ve got to reduce the range somewhat. Having a card selected randomly from the deck seems to give the impression that it could really be anywhere from one to ten cards. I don’t think that’s such an awesome feature that it trumps the idea of having the spectators tell you how many cards should jump, but then again, that feature’s effectiveness is muted somewhat when you give them such a narrow range. When I first read Downs’s idea, it seemed like it was unnecessary to ask them whether you should send “three, four or five”. After all, the dirty work is done, and that means you can actually tell the audience what the effect is going to be before you do it, and anytime you can call your shot like that, it’s pretty reliable that people will want the most impressive version of the effect. Given that, it’s safe to say that if you extended the range to “anywhere between one and five” you’re liable to get more fours and fives called out than twos.

We have other outs available, of course. If you don’t want to do the “visible”/”invisible” gambit, you could also use the other “I said between one and five” to eliminate the one and the five. And, there’s always the option to have people yell out numbers, and in the inevitable cacophony, just apologize for that having gone awry, pick out somebody who said “four”, or else look in a general direction and make no eye contact with anybody in particular and say “I heard a four from over there. The rest of you guys alright with that?” and then continue before anybody has a chance to protest. Presumably some combination of the above could work as well. Hell, Paul Potassy unabashedly does the effect using a ton of cards (not just the usual three or four) so there’s probably even greater latitude than one might think in how to go about the effect.

I’ll have to give The Art of Magic another proper read sometime soon, I think. My memory of it is that it was an interesting text, although definitely grounded in its own time. There are a lot of effects that probably won’t appeal to today’s youngins. I don’t know if I can blame them, as there’s a lot of stuff in there that didn’t appeal to me when I was a youngin myself. For things like Rising Cards or Cards Up The Sleeve, I think it’s because I didn’t want to put the work in, but for other things, like the Card Frame, meh, it always struck me as Tenyo magic for stage. Still, there are some nice bits in there, such as this Cards Across touch, the early description of the side steal, and the Free and Unlimited Coinage of Silver, which David Roth did so well on his DVDs. Maybe one of you enterprising rascals can unearth something else inside…?

Ya boy got a coin trick published...

Jack #10: The Top Change (and other switches)