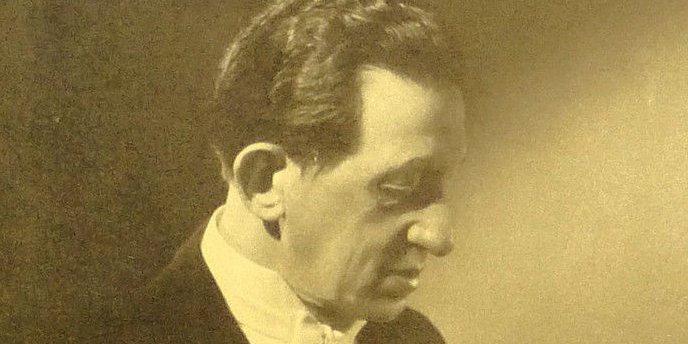 The Problem of the Sympathetic Clubs

If you don’t know the plot, it generally goes something like this. The magician pulls out a mixed-up bunch of cards of the clubs suit, and then hands another packet of clubs to the spectator. They mix up their packet, and afterwards, it’s shown that the spectator and the magician have arranged their clubs in exactly the same order. There’s often some other details added, such as having a card flipped over or whatnot, to add a little flavour to the series of revelations.

Back when I was doing the research for the Jolly Almanac of Card Knavery, I was hoping to see if there was something out there in the public domain on the trick. There is, and if you go to Jinx #53 you can read up a bit on it. It’s unfortunately gaffed, which put it outside the bounds of JACK, and it’s got another problem… apparently it’s tough to make the trick play.

Now, it may surprise absolutely none of you that Ed Marlo once got his hands on the plot, and came up with a gaffeless version, which made it onto the Bill Malone DVD series “Malone Does Marlo”. We’re lucky in this case that the trick made it into the promotional material for the DVD, and you can watch it here. The crowd reaction didn’t seem that bad, although it’s an L&L crowd, so you kinda sorta haveta take the reaction with a grain of salt.

In any case, you can see the potential for struggle there. Tricks with a lot of relevations usually benefit from some kind of escalation, and yet the longer this trick drags on, the more it can seem like a foregone conclusion that the cards are all going to match, and that’s not even really taking into account the unspoken mathematics in play, which is that the closer you get to the end and the more cards are eliminated, the more difficult it gets for anything other than a matching pattern to exist (this is in contrast to something like cutting the aces, when the difficulty of getting each ace increases, since there’s a low ratio of aces to indifferent cards). Even if we set that aside, though, there’s a sameness to the revelations, even with the additions made by Marlo that spice things up in the middle.

Is this a solveable problem?

It’s hard to say. On paper, this ought to kill. There’s clarity and simplicity, there’s audience control over the proceedings, and it’s vastly different from other card tricks. That said, if Leipzig couldn’t make it work, we’re left to wonder if there’s something wrong with the trick. I mean, we could also wonder if there was something wrong with Leipzig himself, but my DeLorean’s in the shop, so being unable to verify, I’m willing to give him the benefit of the doubt for the time being.

Let’s look at some potential problems…

The Trick De-Escalates The Longer It Goes

We already covered this. Obviously, when you get down to one card, and the other cards have all matched, that last card is going to match, so you’ve dampened your “Ta-Da!” moment a fair bit. One possibility might be to have the cards rapidly turned over to show that they match. If you do this, you of course sacrifice those nice moments in the middle where the cards change to match, or being able to pause right at that face-up card reveal.

Another possibility might be to eliminate the premise that the clubs are involved, and just work with a bunch of cards chosen from the deck. You lose the clarity of the premise this way, and I don’t know if that’s a good or bad thing. Certainly there are other tricks out there involving sympathy on the grand scale (Juan Tamariz’s “Total Coincidence” being a famous example) and they seem to play alright. This may be a situation where one may be forced to ask why one should stick with just the clubs when you can do the effect with the entire deck.

Alternately, there are other sympathy effects that use fewer cards. Scarne’s Triple Coincidence is a good example, and I think it escapes the problem of the Sympathetic Clubs, because once more there’s still mystery at that last card that only gets resolved on the last turnover. We’re almost in this weird situation where “less is more”, but looking at Tamariz’s trick, “more is more” seems to apply as well.

The Effect Involves The Identity of the Cards

Back when the Smiling Mule was still putting stuff up on his Phantom Notebooks blog, one aspect of card magic that he was critical of was tricks where the identity of the card takes on importance. One can see what he’s getting at when you compare, for example, the selected card being found by a face-up indicator card, vs. the selected card being found in your wallet.

Does that apply here? I think there’s a risk of it. The proof that magic has happened is that another card with a matching index is in a corresponding position. That means that each time you’ve got to verify that the pips match up, and because the cards are all clubs, there is that moment where you’ve got to actually count them to make sure. Contrast this to “Triple Coincidence” or “Total Coincidence” where you can observe the matching faces with a more relaxed concentration, which is somewhat ironic given more cards and suits are involved.

There Are Better Applications of the Principle

Ed Marlo’s approach basically takes Paul Curry’s “Swindle Switch” and uses it as a big part of the method. Ultimately, though, the process is a force of an order of cards, whether you’re using Curry’s method or something with gaffes. If you’ve got a deceptive method of forcing 13 cards in order, is this the best application of that method? 13 cards is practically a phone number, so you could force a phone number and have somebody call that number to find the one extra card they put in their pocket. Alternately, the cards could be arranged so that they make up 6 lottery numbers (combining two cards to get the higher numbers, for example) that match the day’s winning numbers in the newspaper. Both of these seem to have more inherent meaning in them than just having them match a bunch of cards in another packet.

Alternately, if you think about the trick as requiring an arrangement of 13 cards, there are arguably better ways of using that as well. Two that come to mind are Al Koran’s “The Lazy Magician’s Card Trick” and John Bannon’s “Play It Straight Triumph”. Of course, just because a better use of a tool might be available, it doesn’t mean that the current use is itself bad.

Or maybe it does, dunno. You’ll have to decide this on your own. Very quickly, when Richard Osterlind was talking about the appeal of solving a Rubick’s Cube while blindfolded, he said that it was something that, when simply describing the effect to a spectator, was an instant hook. In other words, you say “I’m gonna do X.” If the spectator thinks they’d like to see you do X, you’ve got a good trick. With that in mind, does this trick really live up to that?

I can imagine it coming up short. I’ve thought about whether or not it would make sense to call the shot ahead of time, or else to have them do the mixing procedure, and then say “Now, given that you mixed those up the way you wanted to, wouldn’t it be cool if…” and going from there. The thing is, in both cases, I have trouble seeing the prospect registering for them as a “No way!” moment. Spectators tend to give magicians a lot of credit on what they can accomplish when it comes to this sort of thing. One of the issues I’ve long had with Clocking the Deck as a principle is that I believe regular folks would see it as being very plausible that we could figure out the identity of a card missing in the deck just by looking through the faces. I don’t even think they’d wrap their heads around the math of it all, I just think that it seems like something we could plausibly do, especially considering the context of magicians having cards jump to wallets or go through windows or changing colours or whatnot.

(Incidentally, there’s nothing written in stone about there being a specific Richard Osterlind or Dai Vernon quality control test. I’m sure they have a bunch. It’s just that it’s late and I needed a title for this section.)

Similarly, there’s also the Dai Vernon test where, after doing the trick, you ask the spectator to describe what it is they just saw. “He gave me some club cards, I mixed them up, and then he showed me his club cards and they matched the order of my cards.” Since the conditions matter in the beginning of the trick, that description is the clearest that one can hope for from this specific effect, and even there it’s on the precipice of sounding cumbersome. Compare this to the Scarne trick. “We each picked three random cards, and they matched.” Yeah, the cards are exchanged rather than picked, but I think that’s one of those things that would get lost in the memory — the image of three red cards in a blue deck and three blue cards in a red deck is going to be pretty strong and help reinforce the vividness of the effect somewhat. Also, compare this to the Tamariz trick. “We mixed up two decks of cards to hell and back, and all the cards ended up matching.” There’s a lot more to the effect than just that, but the key thing is that Tamariz’s presentation is going to highlight lots of shuffling done by the spectators, and the rapidfire showing of the matching cards at the end. I think part of what helps the clarity is that you’re basically starting from a normal baseline, involving two decks of cards, rather than some special, like a packet comprised of a single suit, an added detail which I think can risk weighing down the story somewhat.

That’s pretty much all I can come up with for why the trick might not register as strong as it should. Of course, that’s just me theorizing on the trick. Actually performing it would probably yield more insight.

Maybe I’ll get around to that, but in the meantime, I have my own disappointing creations that I need to try to improve, before I get around to trying to fix Leipzig’s.

The Jolly Almanac of Card Knavery

Winter gets coached in Starcraft